There are times when tunage is a necessary means by which to ground oneself to a task. Think of the countless nights you dosed yourself in songs in the desperate hope of passing philosophy 101, the bane of your second-year undergrad requirement for your B.A. in Anthro.   Now flash forward to today where you sit at your desk, looking all grown-up while blasting top 40 pop through your earphones in an attempt to drown-out your colleagues continuous verbal mumbo-jumbo while you pretend to write your monthly report but instead, are actively blogging.This cannot just be my life? 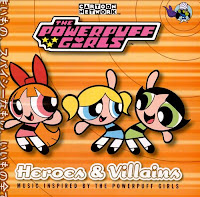 What does the Powerpuff Girls', "Heroes and Villains" soundtrack (Japanese re-mix) and Primary Inversion by Catherine Asaro have in common? Beyond the obvious fact that both seem to give off a sparkly pink aura, they sync perfectly in my brain as I attempt to write an objective review of the first book in the Saga of the Skolian Empire. In case you missed the innuendo, this review will in no way be objective.

I came across the Skolian Empire saga through the recommendation of one of my all-time favourite bloggers, Emma Epps. Check her blog out, she is cool. She gave me the confidence to keep writing away and chucking it out to the world, showcasing my true level of geekdom. (which I must say is not that high, having just attended Fan Expo 2013 Toronto and witnessed some epic nerd tendencies). Like everything I will review now, this book is space opera.  What you say? Hey, I warned you guys in my ode to Popsicles that I was going full-out bat-shit crazy on this sub-genre and bat-shit crazy I go. 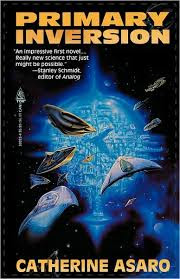 This book is awesome. It was a pleasure to read a romantically-infused character driven plot with some edge. The Skolian Empire is not a nice place to live. Two empires continue a generational war that appears will never cease especially with the Eubian's genetics dictating a need to inflect pain and fear on the Skolians to find sexual and emotional completeness.  Things tend to get a little nasty at times.

Asaro is not the best world-builder I have read (Herbert, Banks, Bujold, Tolkien) but she does have a firm hold of the ideas, theology and sociological norms in Primary Inversion (book 2, not so much) that bind her universe together. Plus, she does not shirk from science, delving into some pretty deep concepts making at times the book seem hard SF. I should emphasis "at times" because the Skolians survive from their telepathic abilities, which is the key to their power. While the Eubian's rule thanks to their superior tech, the Skolian's success is hinged on their control of a telepathic web-interface allowing for immediate communication response through space (this is important and currently impossible).

To summarize, there is sex, there is romance, there is war, there is pain, there is slavery, and there is telepathy which all makes for one well-rounded space book.
Posted by Girls Guide to SciFi at 8/28/2013 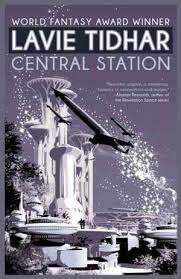